STAR is a FOX television series and is a spin-off to the hit musical drama Empire.

Meet Star, a tough-as-nails young woman, who came up in the foster care system and decides one day to take control of her destiny. Star tracks down her sister: Simone, and her Instagram bestie: Alexandra, and together, the trio journeys to Atlanta to become music superstars. Reality soon dawns on the girls’ fantasies, and they start to learn that ambition often comes at a cost. And sometimes that cost is too high. [1]

The new season of STAR kicked off Wednesday, September 27, the girls – with Carlotta as their manager – continue to face roadblocks, despite their victory at Atlanta NextFest.

The story of three girls’ rise to fame, STAR’s second season ended with Carlotta, Alex, Simone, Noah, Derek, Cotton and Cassie's lives in jeopardy. Carlotta had been named the head of A&R for Midtown Sound, but her world came crashing down after learning Cassie killed Jahil. When Carlotta confronted Cassie, guns were drawn and one went off. Meanwhile, Alex, Cotton and Derek each were on a flight to New York when a news report revealed that a plane had crashed – with no one knowing who survived. Season Three picks up three months later, as Star returns home from touring, and Alex and Simone’s fates are finally answered. 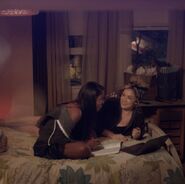 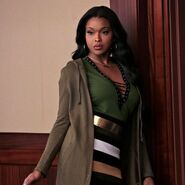 Add a photo to this gallery

Retrieved from "https://star.fandom.com/wiki/STAR?oldid=4338"
Community content is available under CC-BY-SA unless otherwise noted.