STAR is a FOX TV series and a spinoff of Empire. It was created by Lee Daniels and is marketed as a darker look at the music industry. The show follows three female singers who must learn how to navigate the cut-throat music industry in order to become the next star. Like Empire, it has it's own original music soundtrack and musical performances.

"I Can Be" Lyric Video Season 1 STAR

A Special Night Of Drama And Music Season 1 Ep. 1 STAR

Go to these sites for info or for help with your own wiki! 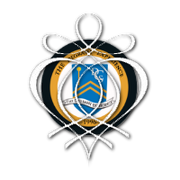 Go to these sites for info or for help with your own wiki!

Retrieved from "https://star.fandom.com/wiki/Star_Wiki?oldid=4211"
Community content is available under CC-BY-SA unless otherwise noted.